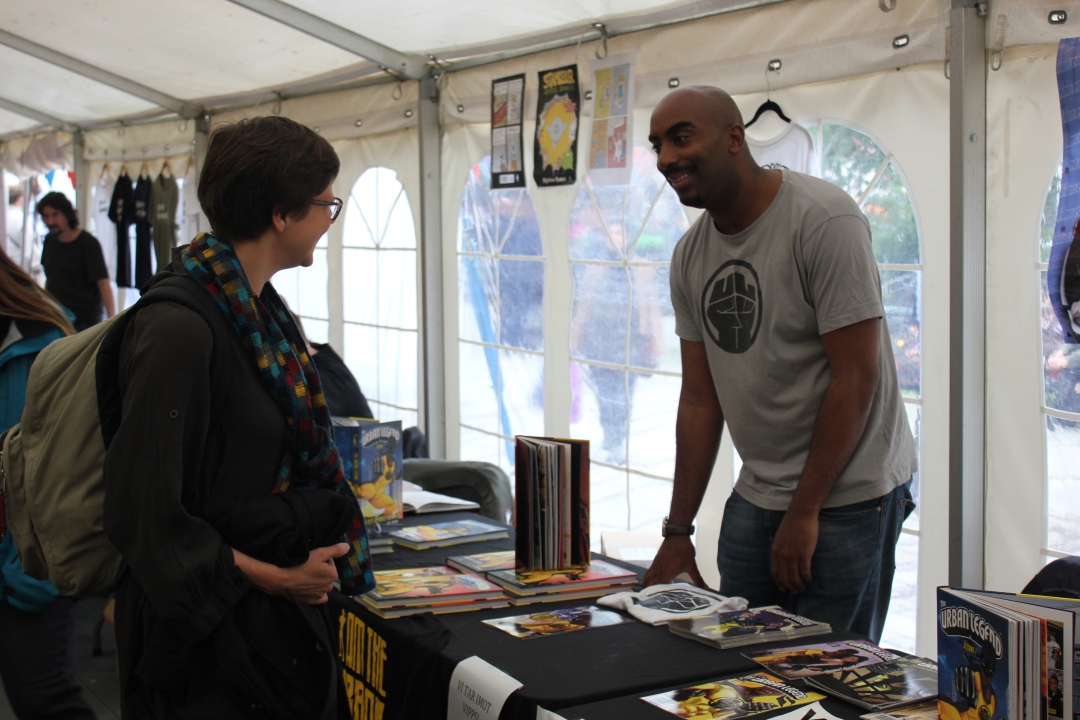 The annual Oslo Comic Expo was held in Deichman Grünerløkka, which is Norway’s oldest library building. The venue contrasted well with the comics it housed, which are a relatively new art form.

At the comic expo I encountered multiple illustrators of various backgrounds who have all pursued comic artwork and lending a narrative to visual art.

I spoke with a variety of artists who each had their own distinct style. Ola Lysgaard is an artist who combines illustration with performance art by creating a full 24-page comic start to finish in 24 hours. Tsemberlidis Stathis is classically trained in fine art. Stathis is inspired by American psychedelia and creates science fiction comics drawing from that movement. I also encountered the band Starrats of Ufotofu who create graphic art to accompany with their music.

As I interviewed Yohannes, he told me about how the comic hero was conceived and where it is destined to head in the future. Yohannes spoke to me in depth about how one of his primary goals was to create a role model for kids struggling to find one. The protagonist of “The Urban Legend” is also black, which is incredibly important for children of African descent to see that kind of representation in the media that they consume.

I was inspired by Yohannes and his drive to tell stories combatting bullying, racism, poverty and fear to the children of this generation. I think it is incredible to see someone use comics as a tool to disperse a visual narrative of empowerment and strength to those who need it most.

Yohannes has several big projects approaching and I for one will be paying the utmost attention to what he comes out with next.

View all posts by hastingsjack