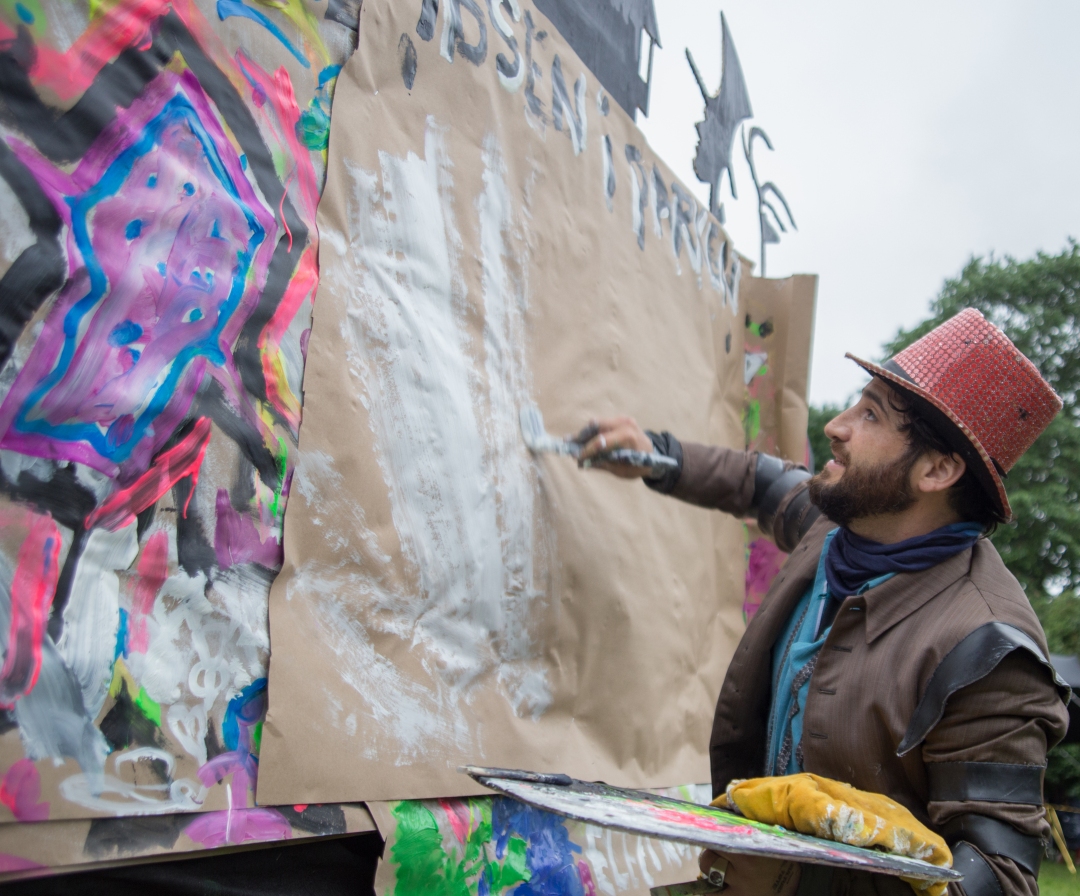 When it comes to writing, I have always been a sporadic journalist. My favorite story ideas are ones that I stumble upon, and I write the best stories when I’m not sitting down with the intention to write.

Last weekend, I came across a story I am going to do while I’m Norway. It wasn’t a planned story at all, but I knew it was something I wanted to write
immediately.

I was covering Minioya, a children’s festival in Oslo, on Sunday. The plan for the day was to take photos and put together a photo story, so I took a photo of an artist who was painting with some kids, so I asked him for his name, though I got so much more than his name. Justin is an artist from New York who relocated to Norway several years ago. He now lives with his wife and has a husky farm in Roros, a town north of Oslo.

He told me how he was traveling when he met a woman living in Norway and moved to the country. The way he talked about how important it is to do whatever it is that makes you happy no matter what really resonated with me, and the fact that he’s from the U.S. only added to the importance of doing a feature on him.

Next week, I’ll be heading up to Roros to see how Justin lives, visit the huskies and speak with him more about his job as an artist, his life in Norway and the transition between countries.

I’m excited for the story because it’s outside of what I thought I would be doing here, but it allows me to explore more of the country, connect someone back home and possibly pick up some inspiration for my own future as well.

Right now, the angle I’m looking to take on the story is one that focuses not only on how life is different in Norway on a husky farm in comparison to the U.S., but how he’s able
to survive as an artist and how he was able to take what is important to him and make a life out of it, despite any troubles he may have encountered.

View all posts by amberainsworth