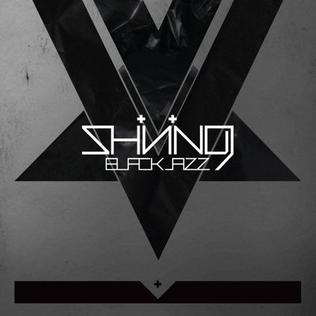 There are many different genres of music. Most people in music dedicate their life to studying and perfecting one type of music that defines them.  Jørgen Munkeby is the exception. The 36–year-old Norwegian grew up on the metal scene but left the genre as a teenager to study jazz. After almost a decade apart he came back to metal and brought jazz with him to make his own unique genre, Black Jazz.

Now Munkeby is the frontman for the black jazz band The Shining, but it took him a while to get to that spot.  He jumped around between genres for a while not fully being satisfied by one or the other.

He and the band had to go through many musical transitions until they found something new and exciting.  When Munkeby left jazz and went solely black to metal, his style varied because he claims he gets bored very easily of one style.

“I felt that both of these things were really important to me after really studying jazz and I did that because I thought it was interesting and I loved doing that enough that that became part of me and I wanted to do both,” Munkeby said.

In 2010 The Shining released their first black jazz album called Black Jazz.  The music is essentially metal music with Munkeby playing the saxophone to incorporate the jazz.  Munkeby sees it as 75% metal with 25% jazz – but the jazz gets 75% of the attention because it is so different from anything else.

“I think in the beginning it was clear that one of the main things that made people interested in our music was that they hadn’t heard anything like it before,” Munkeby said. “Especially in the metal world where things seem to stand still a lot.”

Munkeby believes black metal in itself is not progressing, with the same bands from when he was a kid headlining the big metal festivals.  Although he does believe there will always be young bands trying new things to help the music evolve, and that is what he is doing with black jazz.

As of right now The Shining is the only band to label themselves as black jazz but other bands have started to incorporate jazz into their music.

“For other people to use that name [black jazz] I would welcome it,” Munkeby said.  “They might think it would be rude of them to take that name. Like in a patent world it would not be allowed, it’d be illegal and rude but in a musical art world I think that’s what I want people to do.”

Munkeby even plays saxophone for other bands to help grow the genre.

Looking to the future Munkeby is unsure of what will happen to black jazz and the metal genre as a whole but believes he has accomplished his goal of creating something new.

“How big is it compared to other big achievements in music history is hard to say but for me it has been accomplished well enough for me,” Munkeby says.

Stream The Shining on Spotify and learn more about the future of black metal at www.oslorocks.com and HPR Abroad online.